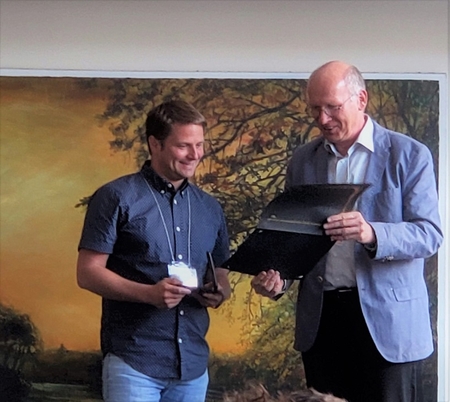 The Hall Medal is one of four medals awarded by the ICA. It is awarded to recognize outstanding achievements by scientists who are not over the age of 40. In 2010, Kai-Uwe Schmidt was already awarded the Kirkman Medal for outstanding junior researches who are within four years past their Ph. D.

Kai-Uwe Schmidt received his medal recently during the Fq14 conference in Vancouver. It was handed to him by Prof. Dr. Alexander Pott, who had nothing but praise for the work of his former employee.